NEWS MILAN GATTUSO CONTE / There's something that cannot be said in football and albeit today Gennaro Gattuso held his first press conference as a new Milan head coach his future seems to be uncertain. The former midfielder was the best choice for the Rossoneri at this time but football pundits and people 'well-informed' are stating that Antonio Conte is Milan's real target.

According to rumors from the U.K., Chelsea boss is still on Fassone's agenda. Reportedly, Vincenzo Montella flew to London to watch England’s friendly against Brazil on November 14, 2017, and in that occasion, the former Italian striker had the possibility to talk with Conte’s entourage. It's said that Montella informed Conte that he is Milan's top priority for the next summer.

British outlet 'The Sun' also reported that Montella would have been sacked last summer if Conte was ready to return to Italy. In that moment, Chelsea boss was not ready to accept another offer and the Rossoneri confirmed Montella.

That being said, reportedly CEO Fassone is waiting until the end of the season to approach Conte in order to give him the possibility to start a Milanese revolution in the 2018/19 campaign.

In today's press conference, Marco Fassone confirmed that Gennaro Gattuso is not a temporary coach but someone that could lead the club for a long time. However, a few minutes later, the Italian director stated that “at the end of the season we will assess if this change has been beneficial for the club.” Milan's CEO also stated:

“There are 24 matches ahead of us and 72 available points. Let's see what we'll be able to do.”

Formally, Gennaro Gattuso is not a temporary head coach but he must do great things in order to sit on the Milan bench next year too. Conte's shadow is behind Gattuso! 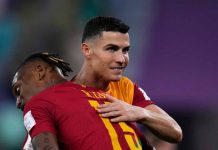 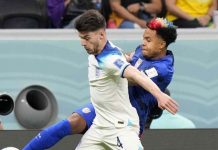 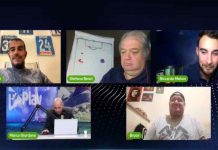