NEWS LEWANDOWSKI BAYERN MUNICH ANCELOTTI / There's no mercy in football! Things are kept secret until a business relationship is ongoing but when the ties break anything can be said. The rule is confirmed! Just a few months after Carlo Ancelotti's departure from Germany, another player fiercely criticized the training system of the Italian coach.

Lewandowski has blamed former Bayern coach Carlo Ancelotti for the plague of muscle injuries that have affected the Bavarian club in recent weeks.

“If there have been many muscular injuries we do not have to look at the last weeks of training. Let's see what happened two-three months before. The reason is probably there – stated the striker to the German outlet 'Sport Bild'.“

According to Lewandowski, Ancelotti's workouts were low in intensity and some players chose to do additional practices on their own. “When you do not train enough you have to do something else individually – continued the Poland international.”

The striker has not been the only Bayern Munich's player that was unsatisfied with Ancelotti's workouts. The Polish star has confirmed that the warming up sessions were too short and that there were no exercises designed to prevent muscle injuries. 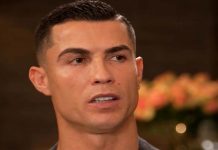 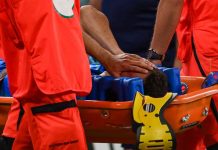